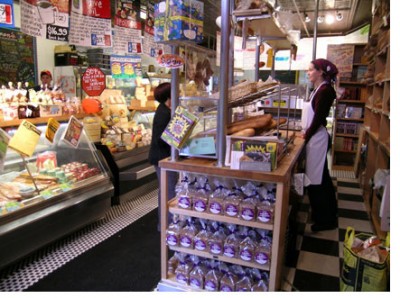 Ann Arbor is the final stop in the CoolTown five-city tour, and while it integrates not one, but two main streets into the University of Michigan, it’s creative edge appears to be giving way to the words ‘trendy, swanky, upper class, pride, and bourgeois’, as spoken by the locally concerned who have taken an active interest in the future of the city, as well as student reviews, and would you believe an entire web site?

Ann Arbor has a lot of creative, inspired people (like Jim, Patricia, Loukas and Shannon), many intent on changing the world, but they seem caught in a government that’s casually letting them be priced out of the city. Which is what makes Kerrytown so important to the creatives that want to remain in the city once they graduate. There’s little nightlife, but you’ll find community-minded entrepreneurs that travel the world to provide the best local experience, a progressive high school that treats students and faculty as equals, the town’s best farmer’s market, arts fair and music festivals, and genuinely friendly people like Megan and Erik* who work at one of the coolest venues in town, Zingerman’s (image).