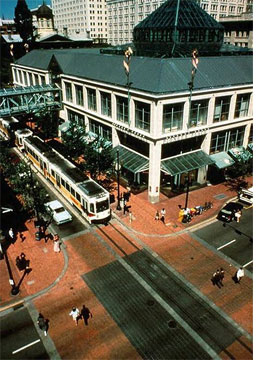 As one reporter states, Portland, OR has a weird economy.

Portland proper’s population grew 22%, more than neighboring San Francisco (7.3%) or Seattle (11%). The city’s 2.2% job growth in the past year tops San Francisco, Denver, Atlanta, Chicago, Houston, New York and Minneapolis. Downtown homes are going for seven, even eight figures. Yet Portland has the second-highest unemployment rate in the country.

However, because Portland is so desirable, it’s suffering a bit from gentrification on a massive scale: not very diverse, not very affordable, and unless someone figures out a way to provide a lot more desirable affordable market-rate housing (see Charlotte, that unemployment rate won’t be shrinking anytime soon. Why? Fast-growth companies can’t afford all those gentrified salary expectations.