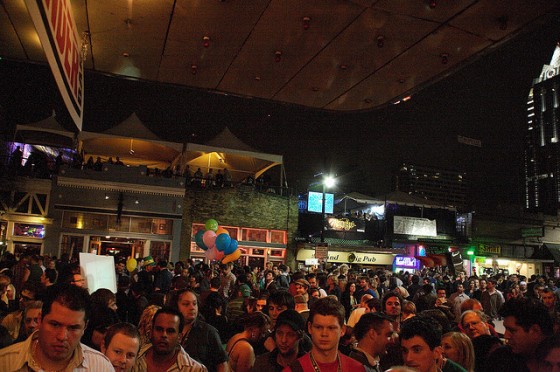 Much of it takes place on Sixth Street, one of Austin’s premiere entertainment districts and closed for pedestrians. Ongoing since spring 1987, the event focuses on new and emerging talent. What’s the big deal? Check out the statistics – first the ‘content’, then the economic impact.