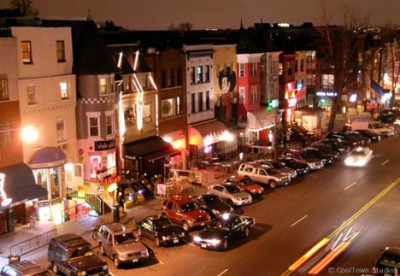 Don’t shoot the messenger because I can’t disagree more, but this is one chain-oriented retail consultant’s take on why real estate developers choose chains over independent businesses: small retailers are lazy, will not work evenings and weekends, do not pay their rent on time, whine all the time, blame others for their failures, offer poor service, have low sales, do not update, clean or maintain their store interiors, and thus cannot pay market rate rent, but the exceptions are welcome.

First response: This is like saying you typically hire the first employee that applies for the job, and you found many of them lazy, late, whiny, etc. Unfortunately, building owners often take the first retailer who can pay the lease.
Second response: Then just focus on those ‘exceptions’, which often not only outperform the chains, but add much more to the local culture, economy and community.

One fundamental asset to a successful independent-oriented retail cluster is a retail/restaurant development expert who knows how to identify ‘the exceptions’. This is who they have at Storrs Center in Mansfield CT at the University of CT, and they use a ‘casting call’ to find the best tenants. A chain is essentially a successful independent that’s been replicated, so what their casting call does is find successful entrepreneurs who know how to replicate, but as other unique independents rather than pure ‘replicas.’ These skilled entrepreneurs are known as VIBEs (variegated independent-business entrepreneurs). Another developer with such talent in-house is Goldman Properties.

The key to an effective casting call is that the City assists in attracting more and better candidates to the call, (Austin is doing that and providing $ as well!) rather than letting the building owner go it alone via a classified ad and ‘For Lease’ sign in the window.

As far as results, in my own neighborhood where the retail (at least 100,000 s.f.) is over 90% independent and thriving (image), the local coffeehouse gets at the very least three times as much traffic as the Starbucks one block away, which pretty much attracts only ‘bridge and tunnel’ patrons. In fact, the most successful indie businesses were started by VIBEs, but you’d never know it, and even less so if/when they sell it.