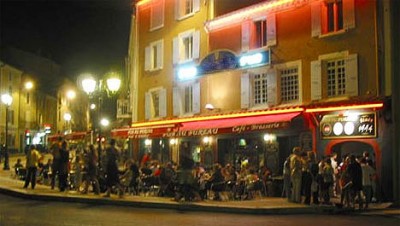 While it’s time for real estate investment to catch up to the market”, it’s also time for local independent tenants to make it easier for developers to lease to them. The simple reason why an overwhelming majority of new developments prefer leasing out to national chains rather than local independent businesses is because chains can pay more rent, and that’s because they have an established patronage once they open. This is why chains dominate our communities (and if not now, down the road they will), pretty much defining what is known today as ‘Anywhere USA’.

This is what a VIBE – beta community does, and here’s a little press for a restaurant (Elements) in Washington DC by the Washington Business Journal. That party by the way, was last night, and the sense of community among the Element’s future patrons was amazing, especially considering the restaurant doesn’t even have a location yet. Let me know if you’re a community resident and want to join up, or want to start your own.