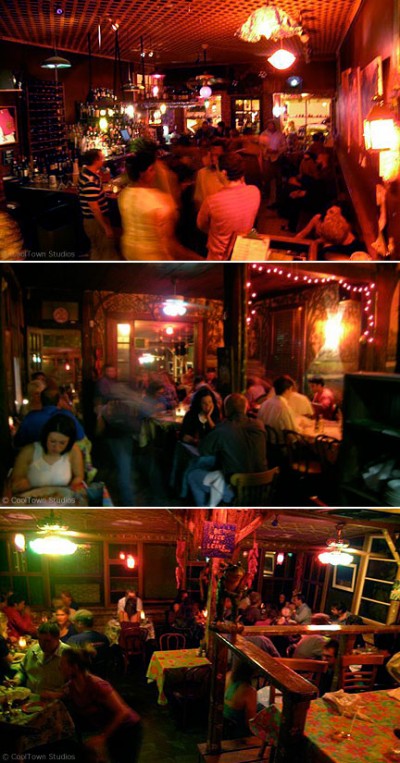 You hear the crazy post-Katrina talk about people who say New Orleans should go back to being the swamp it’s inclined to be. It’s probable that none of them have ever been to the Crescent City, because it’s a criminal thing to say once you’ve been there. If Venice is worth preserving despite going underwater every year, a 100-year flood is a centennial inconvenience by comparison.

If there’s one word (there isn’t) that can be used to describe New Orleans, it’s ‘authentic’, and it just doesn’t get more authentic in the city by the bayou.

You certainly get this feeling being in the French Quarter, despite it being run over by tourists. There literally is nothing else in the country that looks like it, sounds like it, or feels like it, and probably in the world for that matter.

You definitely get this feeling in Jacques-Imo’s Cafe in the Oak Street/Uptown/Garden District neighborhood. Among intricately decorated walls and columns, local artwork, unique light fixtures and vernacular hanging artifacts, you’ll be handed a menu that is distinctly ‘Nawlins’, from the best cornbread around to alligator cheesecake (it’s not a dessert) to dozens of different kinds of fish and seafood cooked a dozen different ways. It may not be the best in the world, or that affordable actually, but it’s New Orleans all the way, no doubt about it.