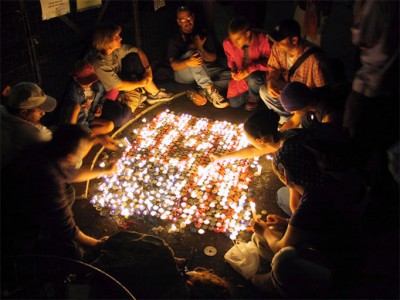 1. Need It: Define the project’s vision, based on what’s collectively needed in the neighborhood but not provided, via a collaboratively-written declaration, manifesto or constitution. Secondly, develop a program for how this will be executed. You can see some of this on the Elements restaurant home page.

2. Get It: Use precedents as models to explain what doesn’t exist yet. For example, a beta community looking to develop truly attainably-priced green condo efficiencies, like at the Bearden Arts Building in Washington DC, should look at San Francisco’s Cubix Yerba Buena, or downtown apartments in Tokyo and Paris.

3. Do It: Have the beta community start meeting to define the vision and program, with professional designers and the development team transforming those into tangible floor plans, renderings and product offering suggestions. The Gear Factory in Syracuse produced floor plans based on beta community input, and so will the Bearden Arts Building.

4. Be Open: Don’t write off ideas you don’t like because you don’t think other people will like them either… only to find out you’re in the minority. This happens a lot with pedestrian-only streets and smaller home sizes. Openness is also one of the tenets of a creative community.

5. Share: This is a big one for self-righteousness – don’t talk louder because you think your idea is the best, even if it’s ‘going to save the world’, like demanding that a restaurant serve more ‘raw food’. It’s not a pure democracy either – decision-making by committee leaves you with the status quo. However, if you share your values with others, a clear vision and program will emerge that will then be a lot easier to interpret into real design.

6. Contribute: Time to give back to your community. Nothing will happen without people attending meetings, offering their feedback and referring others. This is where being social network bilingual is highly productive – make sure your beta community champions can speak both languages. Also, the goal is a whole that is larger than the sum of its parts, so think ‘community-first’. Ironically, it’ll often be more individually rewarding as well.

Read on in the next entry for the next six.

Which of these first six principles are most important to you?