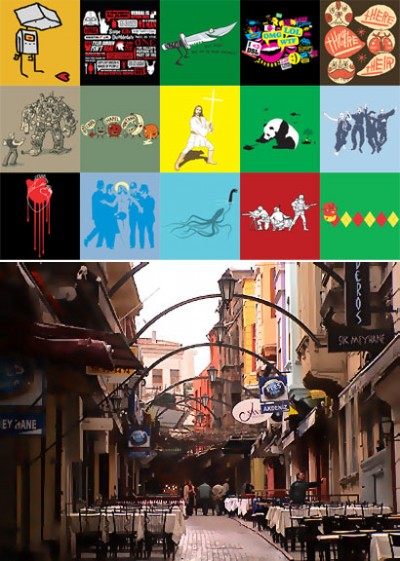 How does one apply a successful crowdsourcing model to placemaking?

In the previous entry, we profiled Threadless, a $20 million t-shirt company that crowdsources its designs. We talked about how the benefits are similar for t-shirts and placemaking (we’ll use housing as an example), but how does that serve as a framework in crowdsourcing cool housing for creatives?

First, you have to even the playing field. Shirts are mass produced and creative buildings (that’s all we’re talking about here, not mass-produced buildings) aren’t. Let’s say a limited run of only 30 shirts of a certain design will be made, just as there will be only 30 units available in a proposed residential building. Thus, these shirts will be of a significantly higher cost to justify their not being mass produced, and it’s no longer a scenario where there are enough shirts for everyone who wants one. Now we’re getting closer to housing parameters.

The following are not Threadless programs, but it wouldn’t be much of a stretch.

Second, you have to weight the votes. For instance, those not interested in buying, say, a $100 limited edition shirt shouldn’t have final voting power in choosing the winning design. To discourage people from being dishonest just to vote even if they’re not interested, something like a voting fee, limited editions membership or deposit is effective. This is the same for future homebuyers crowdsourcing a residential building, where only those that are open to buying – evidenced with some kind of financial commitment as mentioned – can make collective decisions on unit size/price point combinations, green features and common spaces.

Third, securing your customers. This is where it gets creative. For shirts, if there are only 100 to be made, but 50 are needed to break even, then the group needs to know that and ideally, be informed of the progress toward reaching 50 which would then trigger the 100 shirts actually being made. There is an option of providing this for the top three designs, but that could also dilute the total number of limited edition buyers to the point none of the designs reach 50 orders. With housing, it’s closer to 80-90% units sold to break even, except that since we’re talking about a factor of 2000 in price, the likelihood of changing one’s mind is considerable. Thus, if there are 30 units of housing, the number of ‘committed’ buyers should be at least three times as large. This is why step 2 is imperative.

Fourth, once the community moves in, there’s no limit to the things they can collectively improve as a team that’s already proven themselves.