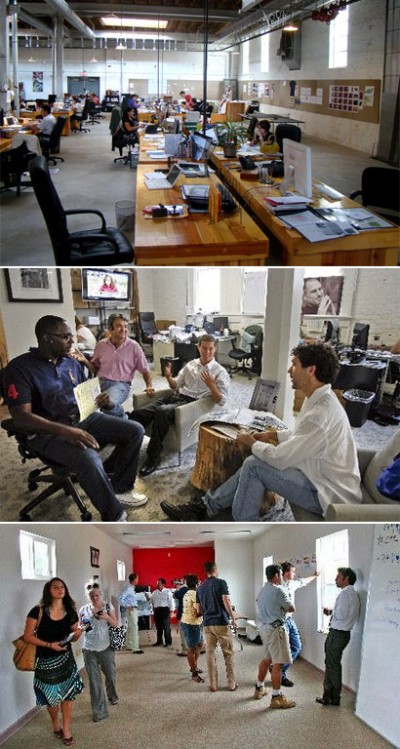 New Orleans is attracting scores of entrepreneurs and small businesses, and there hasn’t been a better time to be a creative. â€œThere has never been a better time in Louisiana for the creative class to thrive,â€ says state lieutenant governor, Mitchell J. Landrieu. Why such a bold statement?

First of all, the evidence.
– New Orleans’ metro area gained 100,000 nonfarm, post-Katrina jobs from October 2005 to June 2009, and by 2016 is expected to grow 24% from 2006 levels to 98.8% of pre-Katrina levels.
– At least four entrepreneurial hubs now exist: a coworking space for nine companies called Entrepreneur’s Row; the Icehouse ‘coworking warehouse’; a cluster of technology and start-ups known as the I.P., (‘intellectual property’), and the Entergy Innovation Center, offering a group of companies affordable office, retail and community meeting spaces sponsored by Idea Village, a nonprofit dedicated to supporting entrepreneurs.
Not bad for a city that many said shouldn’t have a future.

Why New Orleans? Three major reasons:
1. â€œThere’s a sense of opportunity and possibility, combined with people who have the horsepower to actualize those possibilities,â€ Michael Hecht, 38, president of Greater New Orleans Inc., a nonprofit economic development agency. What excites a creative more than an opportunity to actually create something? That’s definitely post-Katrina New Orleans.
2. Low rents. That, along with business tax incentives and…
3. New Orleans legendary music and culture… and voila!

Read more in Entrepreneurial hubs are springing up across the city and spurring economic development and Entrepreneurs Leverage New Orleans’s Charm to Lure Small Businesses, especially on the initiative behind Entrepreneur’s Row – that’s the juice every city needs to thrive.

If you’re interested in crowdsourcing such a place in Broadmoor, New Orleans, such an effort will soon be underway at Destination Broadmoor.

Also, for implementation in your own city, check out two resources:
– CoworkDC.com, a nascent week-old regional coworking community using a free platform to build a coworking community;
– Bubbly, for when you have a government or corporate sponsor to grow the community in the hundreds/thousands through crowdsourcing contests allowing people to submit and vote on creative entrepreneurs/business ideas/companies of the month.