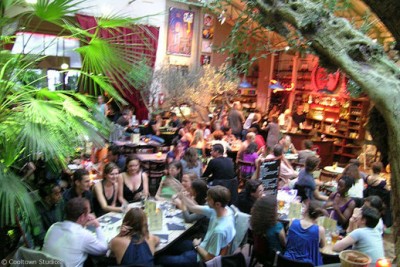 Since the vision of this site is ‘crowdsourcing places for creatives’, it may be beneficial to further clarify what the word ‘creatives’ means, as it relates to this site.

What is this site’s definition of creatives?
It’s stated in detail here, but it is essentially the cultural creatives, creative class and the renaissance generation (rengens), all of which have their own self-titled books. In a nutshell, it includes anyone willing to invest in making a difference (cultural creatives) and/or anyone in the creative industries (creative class), acknowledging we live in a period of (ie tremendous opportunity for change)(rengens).

Are the creatives a demographic?
No. It’s a psychographic. It often gets associated with demographics simply because some demographics tend to share many of the same psychographics as creatives. There is no demographic that is excluded, but the perception is often just the opposite. The most compelling evidence that demographics are not excluded is the fundamental commitment to attainability/affordability and diversity.

What are the psychographic characteristics?
The words associated with creatives as far as this site is concerned: Risk taking, original, diverse, attainable, independent, unique, authentic, imaginative, inventive, innovative, yet resourceful, practical and problem-solving. It’s about doing and implementing, in other words, creating, rather than just conceptualizing. In other words, creatives are change agents.

Why the creatives distinction at all?
Because change is hard, and you can’t do it without change agents leading the way. Not everyone can lead, but following or supporting doesn’t mean you’re excluded either. Supporting is a collective form of leadership, and its extraordinary effectiveness is witnessed by crowdsourcing. You need both.