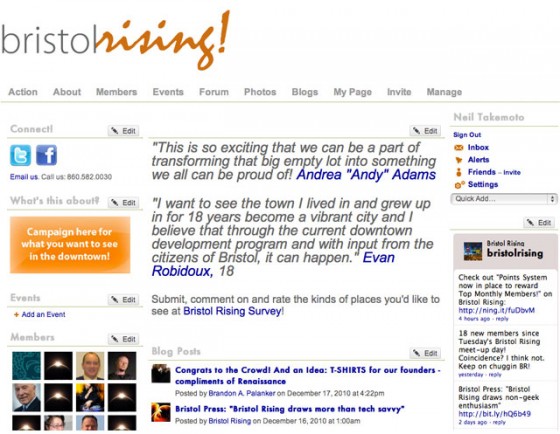 That would be Bristol, Connecticut, population 61,000.

In the summer of 2010, the City of Bristol awarded development rights to Renaissance Downtowns, a real estate development firm that began investigating the application of crowdsourced placemaking to its developments in 2008. Renaissance has become increasingly committed to it, especially with the growth and energy of Bristol Rising!, the grassroots ‘beta community‘ representing the triple-bottom-line future of downtown.