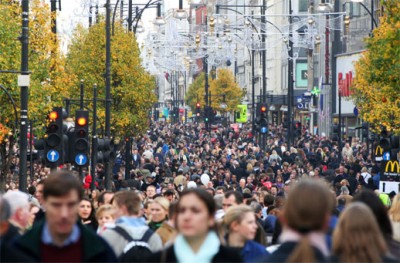 What does $200 million have to do with cars? Absolutely nothing if you were in London’s famous West End shopping district on Saturday, December 1st, known as Shop West End VIP (Very Important Pedestrians).

That’s because 600 retailers on Bond Street, Oxford Street and Regent Street were open only for pedestrians, billed as the world’s largest area ever to be dedicated to shopping for the day. Not surprisingly, many retailers reported the best sales day of the year.

That’s just the beginning. City and business leaders are pushing for more car-free days, and there’s already a plan to make it permanent by 2013, no doubt aided by its preparation for the 2012 Olympics.

Open from 10:30 am to 8 pm, the event featured 1 million attendees and enjoyed $40 million more revenue than the previous year (this is the event’s third year).

If there’s any doubt that the event has garnered a wide and deep cast of support, read what the retailers themselves had to say here.