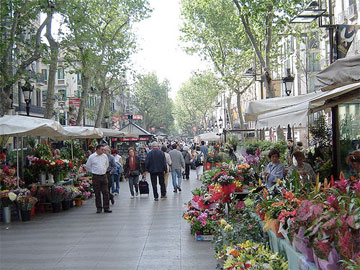 In our tribute to Jane Jacobs this week, the following is classic Jane. Here’s a favorite study conclusion she included in her last book, Dark Age Ahead (pg. 75.) The question is what happens when you close roads? The study findings from over sixty cases worldwide:

“Planner’s models assume that closing a road causes the traffic using it to move elsewhere… The study team… found that computer models used by urban transportation planners yield incorrect answers… When a road is closed, an average of 20% of the traffic it carried seems to vanish. In some cases they studied, as much as 60% of the traffic vanished. Most of the cases studied involved urban areas, but the same arguments may apply away from urban areas, New Scientist reports. The report at hand is a logical extension to a 1994 finding that building new roads generates traffic. If that’s the case, “then the closure or roads is bound to cause less traffic,” according to London-based transport consultant Keith Buchanan.”

Jane’s reasoning why cities rarely ever considered closing roads in spite of the aforementioned evidence, “Where did the vanished traffic go? This was a new question that emerged unexpectedly. But it was not pursued. It was ignored in favor of a vague notion that some drivers must have chosen less frustrating routes, or else switched to public transit; or maybe some oddballs walked.

*Research conducted by a team at University College, London, for London Transport and Britain’s Department of the Environment, Transport, and the Regions