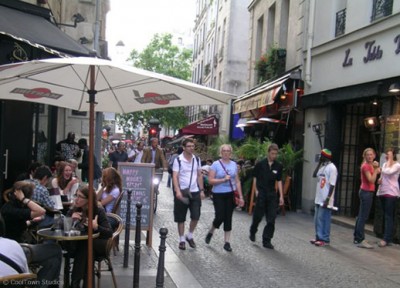 J.D. Power and Associates released a new Gen Y study analyzing discussions on social media that reveals, not surprisingly, that emerging generations have a negative outlook on cars being a fundamental part of their culture.

Generation Y, made up of ‘early careerists’ in their twenties, and teens, will exceed the economic impact on America that the baby boomers had In their teens. From a recent J.D. Power webinar:
– Gen Y is more about spending big on technology than spending big on a car.
– Gen Y averages 3 hours per day online – mostly on facebook and other social media sites.
– Gen Y cares more about reviews than advertisements.
– Gen Y does not respond to advertisements like previous generations – they like to build relationships.
– Gen Y does more research on purchases than any other generation.

You can see in the study’s finding below that as you go from early careerists to teens, it goes from disregard for what the auto industry is providing to disregard for owning a car at all.

“Domestic auto manufacturers have incurred strong negative sentiment from early careerists for being bailed out by the government. Early careerists cite domestic automakers’ lack of innovation and disregard of consumer demands as reasons for their difficulties.”

“Online discussions by teens indicate shifts in perceptions regarding the necessity of and desire to have cars. Aware of the economic difficulties their parents may be currently facing, teens are less interested in incurring the costs involved with maintaining and fueling a vehicle. Also, with the advent of social media and other forms of electronic communities, teens perceive less of a need to physically congregate, and less of a need for a mode of transportation.” Based on the conflicting statements that Gen Y prefers relationships over advertisements, and that humans’ need for face-to-face connections have never really changed, I would restate the last sentence as,

“Also, with the advent of social media and other forms of electronic communities, teens perceive less of a need to physically congregate deliberately, and less of a need for a mode of transportation, in favor of environments that allow more spontaneous physical interaction.” Which is, in fact, the way we used to congregate before cars.

If this is what emerging markets demand, yet the established generations in control of the supply don’t know how to provide for it, now you see why crowdsourcing is so vital.

Image: Pedestrian only street and outdoor cafes in the Marais, Paris.