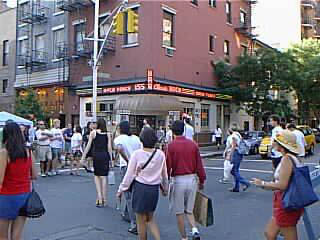 New York City and San Francisco are two of the densest cities in America, yet not only are they two of the most prosperous, but also boast one of the lowest murder, rape and aggravated assault rates per capita. William Murray of Maryland’s State Attorney’s office and former Suitland, MD chief of police, emphasized to me last week that density and walkability were essential to public safety via the ‘eyes on the street’ phenomenon of community self-policing. In other words, where there’s lots of people, there’s lots of ‘witnesses’.

Think about the cost savings to the municipality. Just today I was one of forty people on all-day jury duty suffering through a snail’s pace jury selection process for a laundromat robbery that took place in a rundown, neglected neighborhood. Just the jury selection alone for one crime equals a couple of police officers’ paychecks!… and if the neighborhood was designed with the eyes on the street concept, you wouldn’t even need that police officer. Who’d try and rob a laundromat on the street corner below?