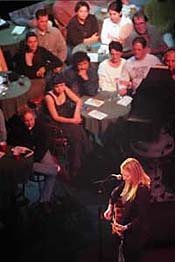 Well, the ultimate CoolTowns are in places like Paris and London because of the overwhelming priority of people over automobiles (these cities matured well before cars hit the streets). The U.S. has its share of cool city governments.

Arts & Entertainment: The City of Austin has a live band play before every council meeting. That’s the spirit of the city and its live music capital of the world slogan, where there are more live music venues per capita than anywhere else. In Seattle, the city requires its street musicians to audition first.

Economic Development: Many of Chicago’s most abandoned neighborhoods are undergoing an economic renaissance thanks to Tax Increment Financing (TIF), which is essentially allowing additional (incremental) property tax generated from initial investments to be invested back into the project’s public infrastructure. Austin, now considered one of the tech capitals of the world as well, utilizes TIF.