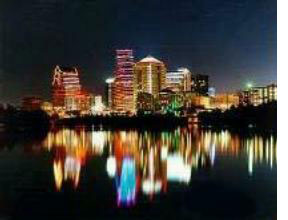 Forbes ranks Austin as the Best Place for Business and Careers in their annual report. What are the key ingredients for its success?

Entertainment: As mentioned on this site previously, Austin is indeed the live music capital of the world. The proof is in asking just about anyone who’s been to Austin – “It’s so cool. There’s always something going on and the people are so nice.”

Affordability: The second annual Affordability Index from techies.com Inc. (a treasure trove of workforce market insight) puts Austin in third place. The index measures the greatest value based on salary vs. cost of living.

Jobs: Based on the information above, it’s no surprise Austin attracts so many jobs. Supported by one of the largest education talent pools in the country (49,000 University of Texas students), Dell, Motorola and IBM soon migrated. Overall, Austin has one of the highest net migration rates in the country, if not the highest.

Austin is lacking a bit in the place-making department, but the talent and energy are there to change that.