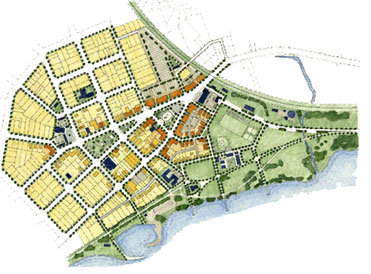 Today the blog focuses on the first of three key components of the charter as it relates to job growth.

The Region: Metropolis, City and Town:

Metropolitan regions are shaped by natural features, and are “made of multiple centers that are cities, towns, and villages, each with its own identifiable center and edges…” based on a transportation system that emphasizes “mobility throughout the region while reducing dependence upon the automobile.” The preservation of natural features is a major reason why entrepreneurs move to Colorado and Silicon Valley. The “identifiable center” refers to the 24-hour mecca of nightlife in Denver/Boulder, and San Francisco respectively, and is another key entrepreneurial selling point. Transportation-wise, the freedom of easily getting from one place to another is yet another trait of the emerging mobile worker.

“Revenues and resources can be shared more cooperatively among the municipalities and centers within regions to avoid destructive competition for tax base and to promote rational coordination of transportation, recreation, public services, housing, and community institutions.” Much of this stems from a municipality’s often undying need to build bigger Walmarts and shopping malls to attract a neighboring jurisdiction’s shoppers. It also recognizes the fact that surburbia drains city budgets faster per capita than urban areas, as well documented in Congressman Myron Orfield’s book, American Metropolitics.