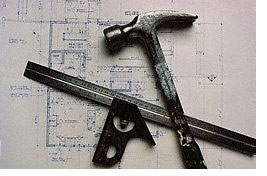 To answer yesterday’s question: Why is it easier to build greenfields/sprawl?

Because it’s legislated that way, and the private sector has followed. How’d this happen? A quick history:

Early 1900s to 1934: A group of home builders lobbied the government relentlessly to allow them to mass-produce homes just like Henry Ford mass-produced automobiles. Of course, people lived in villages, which were anything but.

1934: As a result, Congress passed the FHA (Federal Housing Administration) Act which provided financing that made it less expensive for people to buy a new home in subdivisions over renting one in the city. The catch? Municipalities had to offer subdivision (ie sprawl) zoning to get the financing. Oh yes, and non-whites could not apply. Hard to believe, but true.

1939: GM and the home builders introduced the “American Dream” concept at the NY World’s Fair that until today linked the term with the single-family home, backyard, modern kitchen, TV and car in the ‘burbs.

1960s: The post WWII economic boom all but made suburbia the economic standard in home building.

1970s and 1980: Shopping malls, office parks and monumental-sized schools had to be invented to accomodate the auto-oriented infrastructure.

Tomorrow: How do we make it easier to build CoolTowns – again?