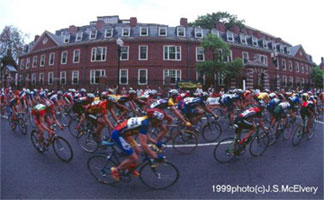 Coincidentally enough, the magazine closest in content to Fast Company is Business 2.0 (though not nearly as innovation-focused), and their cover story this month is The Next Boom Towns?.

It has the usual high-tech big cities at the top in terms of job and population growth and median salary increase: Raleigh-Durham, NC; San Jose, CA; Washington, DC; Austin, TX, Atlanta, GA… but of course you already knew this :)

What’s not factored in is, are people actually happy? Last week’s indication of the lack of quality of life in Raleigh-Durham’s job central isn’t an exception for the most creative and entrepreneurial, it’s the rule.

It isn’t that these Boom Towns aren’t economically successful, it’s that we’ve lowered our standards for what that is. For the 23rd largest economy in the world, Cambridge, MA is, it matters less that they’re not growing rapidly anymore (as if 23rd wasn’t enough) but that their quality of life is. Now that’s a true boom town, and a Fast Company magazine story.