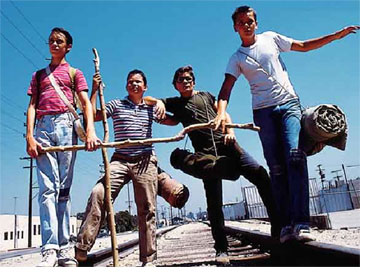 The industry average says only 20% of potential home buyers who put a refundable $1000 deposit on a future community (that they have some say in), end up buying.

Take it even simpler – if you went into the process of designing a new neighborhood with four people who you thought would be fun to live near, and collectively you all helped design something that was just about everything you all wanted – cool housing and workplaces with lots of amenities and great people to meet at something you all totally could afford (with that rock climbing wall in the park and the funky live concert hall downtown where the residents vote on future bands) – what’s the likelihood that four of them say, “You know what, it’s mostly everything I wanted, I can totally afford it, and I’ve already got 50% appreciation in home value if I buy, but it’s not for me.”

Ah, you say, but that’s with four other people you already knew. Not really, that’s four people who you thought would be fun to live near, and that’s the value of building a community a year before the commitment to buy comes – plenty of time to make new friends, and circles of friends, like when you were a kid.

Image: My favorite story about a circle of friends, the classic Stand By Me

Tomorrow: How to truly understand what the market really wants: Zooming TBB@midnightEST