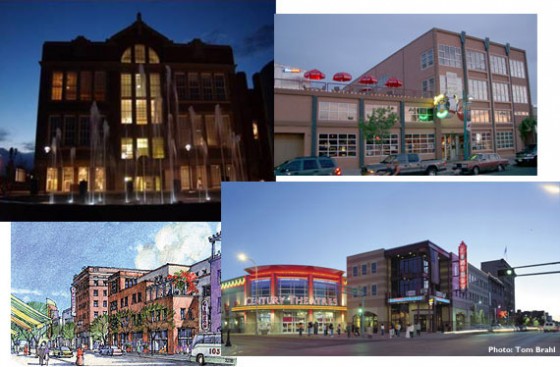 For a $30-million, 266,000-square-foot mixed-use project in downtown Albuquerque, designed by visionary planners (part of the developer support group), the private sector team contributed $6 million and the public sector (the city) contributed $12 million in the form of land, parking structures, infrastructure improvements and tax abatements.

Read more about the program and its author, Chris Leinberger, here for CoolTown Studios’ own ongoing research on public-private partnerships, and here to actually find a private sector partner.

The results? Albuquerque’s downtown has become the fast-growth hot spot in New Mexico.

*It would have been a CoolTown if the tenants and university were involved.