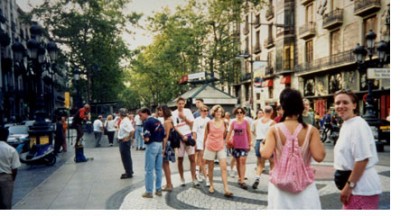 Yes, as this blog has aluded to here and here, referring to the North End in Boston (popular with women) as an example.

Since financial attainability is fundamental to CoolTowns, they often have their earliest beginnings in the up and coming creative, artsy, edgy, entrepreneurial urban areas (what the upper class refers to as economically ‘distressed’ before they find themselves moving there in droves). Thus, the following women’s group position is key to supporting the genesis of future CoolTowns:

“The League of Women Voters of the United States believes that it is in the national interest to promote the well-being of America’s cities.

Sharply targeted federal assistance to distressed cities should be central to this policy. The federal government should give highest priority in urban policy to measures that enhance the economic base of cities. The League also favors supplementary federal aid for cities in distressed fiscal condition and grants for particular program areas as strategies to counter the problems of hardship cities.