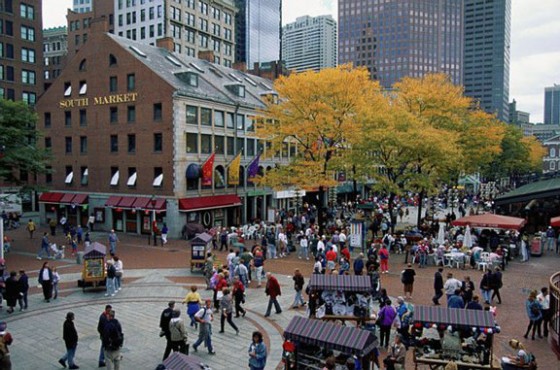 This is a common response by real estate developers today who see a place they like in one town, hoping to copy its success in another. When the local market and culture are blended with the spirit of the original, it’s often a winner. Otherwise, as is usually the case, it’s mainly transplanted and a failure.

“I can attest to the problems of transplanting an idea from one city to another city, without due regard for context. Perhaps you will recall the 1980’s “festival marketplace” phenomenon. When Harborside in Baltimore succeeded in recreating some of the activity and delight of Boston’s Quincy Market, city officials and captains of industry throughout the country seemed to say “I’ll have one of those” and in short order festival marketplaces sprang up in Norfolk, Toledo, Lexington, Tampa, Orlando, Detroit, Jacksonville, and a number of other places. I happened to be in Toledo in 1984 when the 60,000 square foot Portside Festival Marketplace opened Portside had the same pedigree as Harborside such as the direct involvement of James Rouse. It was considered one of the more architecturally handsome as well. But for a great number of reasons Portside struggled severely, until it ultimately closed. It has since been converted into a hands-on Science Museum that opened in 1997. Of the many problems, the primary reason it failed was that Toledo is not Baltimore. Toledo had not the population, regional presence, downtown office/residential population, density, retail/entertainment position, or character of Baltimore. Other than that – Portside was a perfect fit.