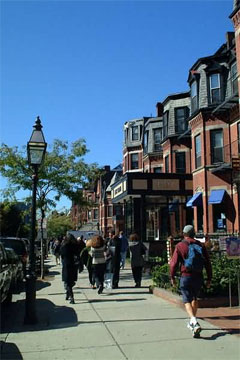 The reason is that only 14 of the 50 largest metropolitan areas in the U.S. had more 25-34 year olds in 2000 than they did in 1990, according to an analysis by economist Joseph Cortright, who studies regional economies. A Philadelphia study showed that only 29% of non-native college graduates stayed in the area (vs. 86% of natives.) Half of all Greater Boston’s graduates leave.

Cleveland, Memphis, Boston and Philadelphia are making concerted efforts to retain this world-class talent, from internship programs to building art spaces to developing lofts. Michigan even has a statewide “Cool Cities” initiative to make neighborhoods more attractive to the creative class.

Affordability is crucial to CoolTowns. Boston, Cleveland and Michigan are all offering affordable housing options. Massachusetts has pending state legislation to provide funding to cities that initiate more affordable housing near town centers.

The article closed with a student quote, “Students are going to go where there’s already an established community.” That’s why CoolTown Studios works to build communities with its future residents from the very beginning.