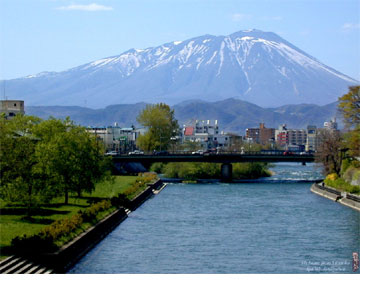 “We don’t make an effort in Iwate,” prefecture (state) Governor Hiroye Masuda has declared in a nationwide government ad campaign running since 2001. By the way, that’s really what it says on their business cards. Realizing his people couldn’t compete in Japan’s fast-paced economy, “Here, I want people to go home early in the evening, take a walk with their family, and talk to the neighbors.”

It makes more sense than it sounds. An economist put it best, “Why should they work themselves to death for their company?” The campaign not only attracted tens of thousands of overwhelmingly positive e-mails – mainly from working women, but also those caught in the 9-5 rat race who have rushed to Iwate to lead the slow life. Not to mention Masuda’s 88%-of-the-vote re-election.

This is about building a place for the creative class, where people focus on their lives, their vision, not those of others. It’s no coincidence that Iwate’s future (and past) is based on the principles of participation leading to independence leading to creation, in a resonating cycle. Sound familiar?