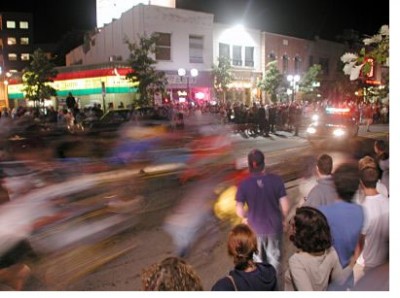 Michigan leads with its Cool Cities initiative to attract the creative class.

Philadelphia has a civic leadership and jobs program to retain its graduating students.

Memphis is investing in its citywide fiber optic network and music scene to lure a younger crowd.

Cleveland has an out-of-state-university summer internship program in which students stay with Cleveland families to get to know how cool the city really is.

It’s not easy. Bill Frey of the Brookings Institution in Washington DC found that cities with warmer climates and lower cost of living gained the most 25 to 34-year-olds from 1995 to 2000, including Atlanta, Dallas, Phoenix and Denver…

Affordability is fundamental to CoolTowns, along with jobs and entertainment. However, if all things are equal, cities with warmer climates will always win out because the outdoors are included in the entertainment category – a huge advantage. Colder-climate cities have to work that much harder and providing stellar nightlife – like Manhattan, Chicago, Seattle, and smaller towns like Ann Arbor and Ithaca.