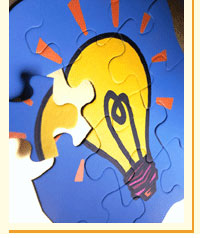 We are evolving into a customer-driven economy, where customers are so well-informed that they’re actually often the best suited to design and develop their own products and services.

Linux, the computer operating system that has all but ended Microsoft’s dominance in the server market, when founder Linus Torvalds sought an alternative to closed, proprietary operating systems and began writing a new one for free, inspiring others to join him via collective volunteering, or crowdsourcing, thus forming a beta community. By the time the product became marketable, they had created what became a community of thousands of die-hard supporters… many of them now well off because of it.

The most innovative new neighborhoods, buildings, and venues will be designed and built the same way. Why? Because just as something as complex and innovative as Linux couldn’t be written by one person, nor can one place be designed and built by one person – which is unfortunately standard practice in real estate development (one decision-maker) and why most places look that way.

How can we accelerate this in the real estate industry? Mass customization. With the help of technology and some community building, we’ll be able to aggregate the many values, preference and needs of the market into a collective vision coupled with like-minded implementors and investors… and… the best part is that those same people get first crack at moving into the built community they helped design. Expect no less in your future neighborhood. Establish a beta community. Here’s how.