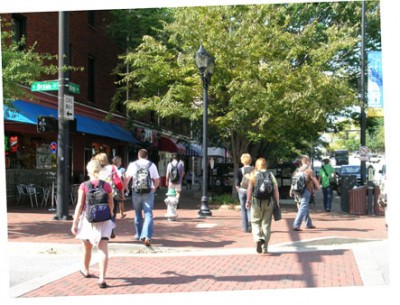 …even though the educational talent is similar?

Students are people too, and they’d much rather be in a great place to live. The same goes for faculty, which explains why the universities in the towns that are rated highest by students/faculty as far as quality of life, entertainment and recreation are often the highest in tuition. Then of course, because only those who can afford that hike in tuition can attend, they’re the ones who can afford the hike in rents that naturally follow.

Which is what makes the University of Georgia such a noble institution. It was founded before the town it’s in, Athens, which was so named to adhere to the highest standards of learning established in Greece. However, it’s less than a third the tuition of comparable schools.

…and its quality of life adheres to the highest standards.