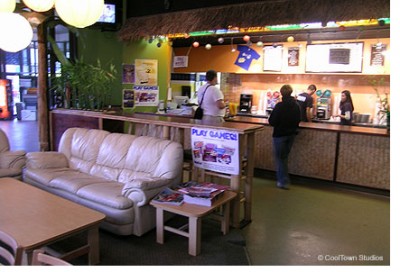 Time Magazine wrote, “The old drink is having a comeback, in restaurants, at salons, at home…”

So what’s the difference between a coffeehouse that serves tea and a teahouse? It depends. There are two kinds of teahouses – those that offer a sweet alternative to coffee called bubble tea like Bubble Island Tea in Ann Arbor (pictured), and the Asian-oriented ones that are focused on health, both physically and mentally, like Teaism in Washington DC. The bubble tea places are more like dessert venues and don’t emphasize atmosphere. However, the more Asian-influenced teahouses resemble little cafes, provide an often darker, meditative ambience to soothe the nerves, and have connections to alternative medicine with the herbal teas.

Of course, this doesn’t compare to the trend in China, where teahouses have grown tenfold in the last decade, at a ratio of over 300 teahouses in a city of 100,000. That’s a lot of third places, and a lot of soothed nerves.