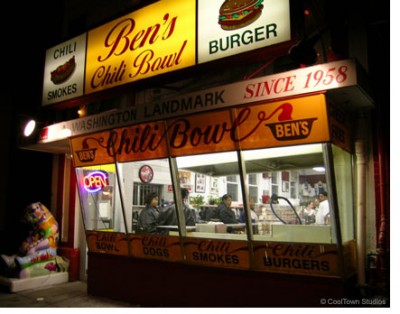 In addition to the new and exciting restaurants and shops (eg the CakeLoves) that can spark a downtown revival, you need the neighborhood institutions, the ones that withstood the riots, the mass exodus to the burbs, urban renewal and the relentless unpredictability of keeping a restaurant open. Why? Because it not only provides a sense of history and place, but a sense of security that the same people have been in the same place for so long.

That history has been further preserved two ways: the city renamed an adacent alley, Ben Ali Way, after the founder (retired); and Ben’s wife, Virginia, still works the counter with her two sons, who now run the business.