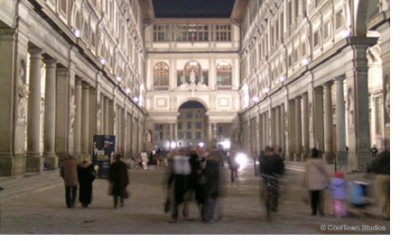 The Renaissance in Florence. Silicon Valley. Japan post WWII. New York City at the turn of the century. Paris and Impressionism. Some rather extreme bursts of creativity over about 40 years at a time. Coincidence? Historian Peter Hall doesn’t think so, and outlines the common elements in his stellar book, Cities In Civilization.

1. Disorder. As Chris Gibbons, who pioneered economic gardening puts it, economic growth happens at the edge of chaos.

2. Clustering. Popularized by business guru Michael Porter, clustering is the focus of a certain industry in one locale, such as the movie industry in Hollywood, or ad agencies in Manhattan.

3. Fanatical government leadership. Each of the aforementioned examples of creativity could not happen without major financial backing and promotion by a major government body. Author Jim Kunstler has similar conclusions in his book, City In Mind.

4. A local creative class network. One person does not make a movement. It takes a village, a guild, a group of people with a common vision to build a community of commerce.

5. $$$. There’s really no getting around this. Think OPM. A community just has to be more creative in obtaining it – lots of it.

What creative bursts are you aware of? Comment below…