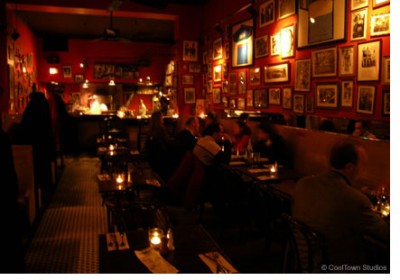 Based on yesterday’s blog on the prominence of authenticity, how is this helping towns thrive economically and socially?

First of all, based on the definition of authenticity given yesterday, how would this manifest itsely in a ‘real’ town?

– Local businesses rather than chains (this is probably at least half of the test right here).
– Organic foods in restaurants and groceries rather than chemically treated or genetically modified.
– Co-ops rather than corporations.
– Merchants’ walls with bulletin boards, photos of the community, and artwork by patrons.
– People walking rather than driving.
– Vernacular, natural building materials rather than imported or vinyl.
– Live music rather than stereos, original-music bands rather than cover bands.
– Housing is built by many different local builders and developers, not national firms.

No coincidence then, that five of the most economically successful towns have these qualities, with evidence provided in this special CoolTown report.