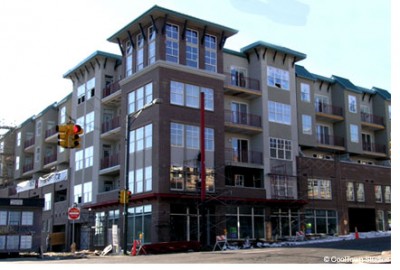 It’s simple supply and demand – the more desirable a neighborhood becomes, the less affordable it is. One solution is this – you can afford the home you will want if you choose a neighborhood that’s just a few years away from becoming universally desirable. Use this guide for starters.

Now, the real question is, why isn’t there a greater supply of cool, urban neighborhoods? The same reason why mp3 players weren’t very popular before the iPod – there aren’t too many real estate developers that understand the urban crowd as well as Apple understood the mp3 crowd. Cities like Portland are tackling the issue by not allowing developers to add to the sprawl, only allowing them to build within urban boundaries if they want to build at all. It’s resulted in some very cool neighborhoods like the Pearl District, but still not nearly enough since they’re very pricey.

The long-term solution: The day more real estate developers actually live in urban neighborhoods themselves (or more urban entrepreneurs become developers) is the day we’ll see significantly more of them built – and then you can afford the home you really want without the 3-5 years of speculation.