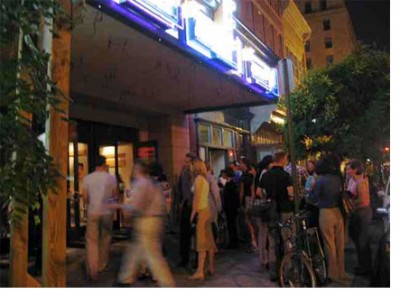 While there’s a movement afoot to preserve the 300-400 historic theaters that bring vitality to downtowns across the country, another inspiring trend is taking shape – new theaters are also being being built in urban areas, and pretty snazzy ones at that.

Last night thanks to a friend, I had the pleasure of experiencing the new E Street Cinema theaters in downtown Washington DC, featuring only foreign and independent films (i.e. more authentic), one block from the subway entry. Not only that, this was after walking a few blocks from another brand new set of theaters (Gallery Place) that were located on top of another subway station, this one blended in with retail, office and housing.

Why the downtown entertainment renaissance? The market wants it, it’s a national trend, and it’s one of the four key components to creating diversity – a leading indicator of a vibrant economy.