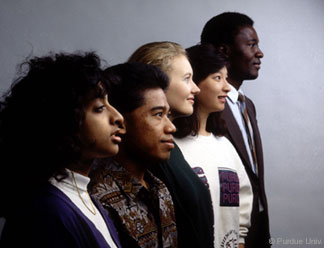 It’s quite simple really. Cities prosper when companies create jobs. Companies create jobs when they provide a far better service or product than any other in the world. To do that, they need the best talent in the world. The companies and cities (and countries) that ‘get this’ will be the eventual leaders, both economically and socially. For instance, the most successful major league baseball teams attract talent from all over the world, while New York City isn’t the world’s most economically prodigious, culturally rich and population-diverse* by coincidence.

In hearing Creative Class author Richard Florida speak a couple of nights ago, much of the discussion was on the global competition for talent, but it becomes clear when you look at it one company at a time, whether it’s one employee or a quarter million. From a recent Florida article:

“Human creativity – the generator of technological, economic and cultural advancement – comes in all shapes and sizes, all ages and races, both genders and all types of family arrangements, sexual orientations, and moral or religious belief systems. The places most tolerant of the cornucopia of human lifestyles will naturally be most ready to tap the creative energies of the greatest number of people. Instead of hindering creativity, a place that is inclusive, diverse and open engenders it.”

*The irony for those concerned by loss of culture is that while New York City is the most diverse in the world, the home of the Yankees is also one of the most American of cities.

Is your community diverse? Do you like it that way? Speak your mind below…