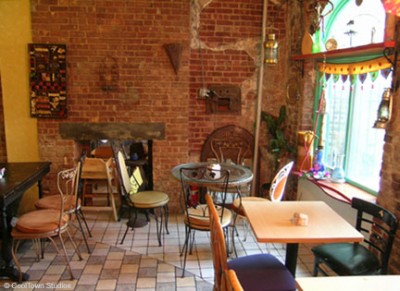 As posted yesterday, affordability and transportation/convenience were long-time Brooklyn assets that did little for economic rejunevation until safety began to improve. But how and why did these neighborhoods become safer?

As is more than well known by now, it was just a matter of time before the artists began moving in. The number of designers increased 2.5 times from 1980 to 2000, while authors/writers more than doubled from 1990 to 2000. Williamsburg, a neighborhood in Brookln, held the honor of having the most artists per capita in the U.S. – 14,000 in total. It shows – as I walked through the neighborhood a few weeks ago, artist studios, murals, richly decorated interiors and galleries filled my senses (image). However, it did seem to have become less diverse as it became more ‘safe’.

Immigration is a key factor for economic growth, according to Creative Class author Richard Florida. Brooklyn also has nearly a million immigrants, many of them from the West Indies. About 38% of Brooklyn’s population is foreign-born; 55% including their children. That’s a lot of rich culture, diversity and independent-owned business – jewels in a creative class community, and along with that group, the first signs of a ‘safer’ neighborhood.

Lower rents among all this activity also help entrepreneurs in the nascent phases of their businesses, which may explain why unemployment rates dropped from 10.6% in 1990 to 6.3% in 2000.

What factors have you seen make neighborhoods safer? Speak your mind below…