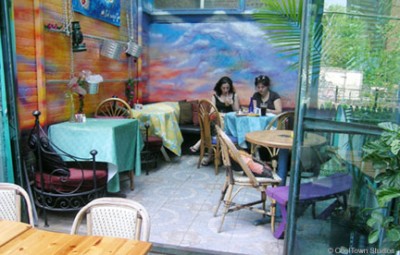 World Wildlife Federation (WWF) research shows people are consuming resources 20% faster than our ability to support renewal. The amount of natural resources used compared with what nature can support increased 2.5 times over the past 40 years, with the average North American using twice that of Europeans, and seven times that of Asians or Africans.

Mass customization is here. Small is in.

There’s a new, evolved consciousness among the creative class, free agents, entrepreneurs and next generations – and that’s to get smaller, not bigger. Intimate cafes over big chain restaurants, Mini Coopers instead of SUVs, wireless networks instead of freeways, lofts and not so big homes over McMansions, compact urban footprints instead of sprawl, welcoming human-scaled building buildings rather than oversized ‘making a statement’ buildings, shared workplaces vs. private offices… and have you seen what mobile phones looked like 20 years ago?

What ‘going small’ trends have you noticed? Speak your mind below…