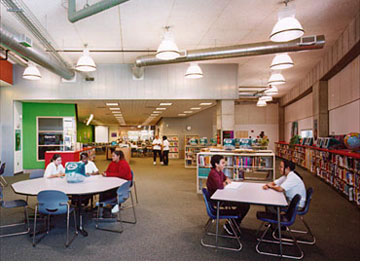 Ask just about any parent-to-be why they feel compelled to eventually leave the active, pedestrian-oriented urban neighborhood they desperately want to stay in and head for the ‘burbs… “It’s the schools. The suburban schools are simply better.”

Could they finally be wrong?

– “This is no less than one of the biggest turnaround stories of any urban school system in the United States,” Baltimore Martin O’Malley said, in light of improved test scores in his city and across the country.

– For the second year in a row, eighth graders in Chicago outperformed the national average in one widely administered reading test. “A decade ago, no one would have thought a large urban school system with 85% low-income students could even get this close to the national norm,” Chicago’s mayor Richard Daley stated.

– Philadelphia public school students also showed striking gains in recent test scores. The percentage of urban fourth graders scoring at or above grade level in math in state-administered tests rose from 44.1 in 2002 to 55.3 in 2004, an 11.2-point gain in two years’ time.

– Reading proficiency among big-city fourth graders shot from 43.1% to 51.0%, a nearly 8-point improvement. “The progress in urban schools is not a fluke,” stated the head of the Council of the Great City Schools.

They’re lookin’ cooler too – pictured is the WMEP Interdistrict Downtown School in Minneapolis.

Tomorrow – why the turnaround? Does anyone really know?

What do you make of this? Speak your mind below…