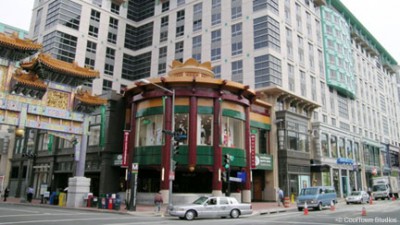 Let’s face it – creative urban development is costly, much more so than in suburbia, for reasons previously explained. Land and parking provisions are simply too expensive for the private and public sectors to handle alone – which is why public/private partnerships (PPPs) accounted for $75 billion in real estate last year – ‘creative alliances’ if you will; meeting both financial and social bottom lines. There are ways to do it right. Here’s a CoolTown version of ULI’s Ten Principles for Public/Private Partnerships, 2005:

– Agree on a common CoolTown vision. The more visuals the better. If not, forget the whole thing.
– Establish leaders who are proven at getting things done and have a passion for CoolTown concepts.
– Get someone on board who’s successfully done a PPP.
– Profile all the stakeholders involved so you know what to expect from them, and how to work with them.
– State the rewards, but especially the risks; what they stand to lose.
– Establish how decisions will be made – who has final authority – how conflicts will be resolved.
– Make sure everyone is accountable for their parts – in writing.
– Communicate, communicate, communicate. Let people know what’s going on continuously.
– Negotiate a deal that is fair to what each party is putting in. If not, problems will arise later.
– Build trust or the project will implode without it. Thus, be upfront, put it in writing and keep your word. The biggest trust-killer? Talking up a progressive vision for an emerging market, then building something conservative for another market – like committing to 80% independent businesses, then having mostly Ruby Tuesdays, Subways and Starbucks in the end.

Any other suggestions? Speak your mind below…