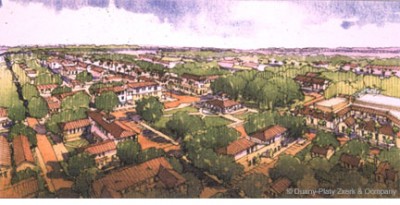 Is this urban housing migration mentioned on Monday true? Here are some myths that the urban boom is ending… and the realities:

Suburban growth is still outpacing urban growth. Of course it is if you’re only measuring new construction, as the Census does. That means they don’t count a downtown population going from 800 to 9500 (like in Charlotte) if the buildings were simple renovated. Besides, people only started moving back to cities a few years ago, and many cities don’t even have urban housing to move into yet.

Urban housing prices will fall. Well, we all certainly hope so! The demand ridiculously exceeds the supply, so it’s inevitable that prices will eventually drop. What’s unrealistic is that every new urban housing project has the word ‘luxury’ attached to it. There are only so many lawyers and executives the urban housing market can accommodate before the people who are truly dying to move downtown but can’t afford it get a chance.

3/4 of the first wave of retiring baby boomers are staying suburban. What?! Only 3/4! I’m shocked 1/4 of them are going urban already, before the downtowns are a little more mature. Remember, it’s only been a few years since downtowns became perceived as ‘safe’. Most are not ready for prime time, but when they are, look out for those notorious buying crazes.

Corporations still locate in the ‘burbs. Suburban land is cheaper, and that’s because it’s less desirable. When the ‘luxury’ adjective withers away from new downtown housing, you’ll see the more creative, forward-thinking companies move to where their employees want them to be, like XM Satellite and Adobe.

‘Urban’ means looking like New York City. Does this image look urban to you? It is.

Know of any other myths and realities? Speak your mind below…