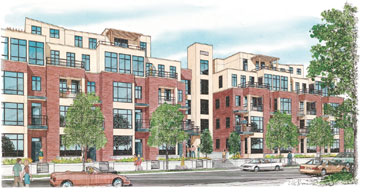 Small town leaders want to know… which small town can we use as a model? While it doesn’t quite have the urban fabric of an Alexandria, VA, Boise, ID is running circles around most small towns as far as the level of increase in quality of life and economic performance.

A few months ago I noted Boise’s recognition by Forbes as the Best Place to Work, thanks to low business costs, access to talent, and a high quality of life. Before that, Boise was listed on Fast Company Magazine’s Next Small Town Boom Towns, and before that, in the top ten of cities with the best net migration of college graduates.

So is it any surprise what the result is? If you read last week’s series on The Young and the Restless in the Knowledge Economy you’d know there’d be a downtown housing boom in Boise, as described in this article, New Downtown condos sell out ‘in nothing flat. 61% of downtown workers said they’d consider living downtown in the future. 300 residential units are planned for the next couple of years, and studies show the demand is for 2000.