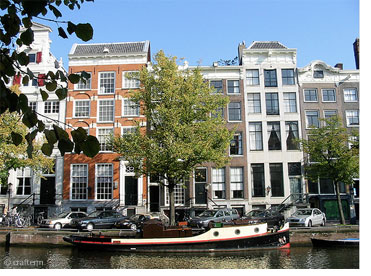 I’m working with a number of developers that are in various stages of planning, and we’re investigating a strategy of developing buildings that are more anthropomorphic – taller than they are wide, just as is the rule for windows. Verticality is more human-like, horizontality more machine-like (ie cars, ships, planes).

The factors in favor of smaller, vertical buildings, as far as value to the home buyer/resident:
1. People feel more like they own their own place, have their own identity.
2. Less elevator waiting time, if any.
3. Higher property values in a neighborhood with more human-scaled/proportioned buildings and much stronger street entrance presence, and safer streets as a result.

Here are the factors in favor of larger, horizontal buildings:
1. Elevators. Many city codes require one when a building has more than 4 units, and such a $100K investment needs to be spread out over as many units as possible to keep housing costs low.
2. Building height limitations. Getting above five stories starts to lose human scale, but many neighborhoods don’t even allow more than two. It’s very difficult to get a sense of verticality with such a height limit.
3. Facade. It’s obviously less expensive to do a facade for one 40-unit building than it is for two 20-unit buildings. Other economies of scale. Stairs, entries, design, property management, etc.

The key question: Assuming a five-story height limit, retail on the ground floor, and around 1000 s.f. 1-2BR units, what’s the narrowest building one can develop with the most attractive units the most affordably? Anyone have suggestions, examples? Amsterdam (pictured) is a great model, though each building would need to hold more units (10-20 rather than the 3-4) to keep them affordable for a majority of the creative class.