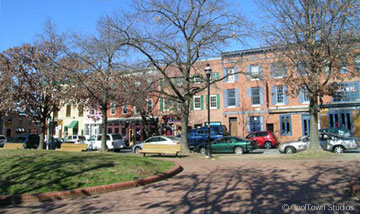 From the late 1800s to early 1900s our public health was largely linked to our built environment. People were dying from communicable and waterborne diseases tied to overcrowding, poor sanitation and polluted air. As a result, cities began to feature more open spaces, advanced public works and cleaner transit options – a public health model.

In the mid to late 1900s, we shifted to what is known as the ‘medical model’ approach to public health, with a focus on doctors treating specific illnesses, which required hospitals, which in turn required health insurance programs, which in turn is causing many an economic crisis.

In the 2000s, we may very well evolve back to the public health model, according to Neal Kaufman, MD, MPH, profiled in yesterday’s story and based on this article. Kaufman says that “the vast majority of improvement in life expectancy derived not from medicine but from public heath. Individuals’ life spans are increasing, but their performance spans are not. They’re living to their 80s and 90s, but they’re becoming increasingly debilitated or infirm as they age.”

What will be the next version for a vastly improved public health model? It’s essentially the kinds of walkable, mixed-use communities that are featured on this website, or in other words, the opposite Kaufman’s present medical-model driven lifestyle: “They drive to work long distances, they sit at their desk, they come home exhausted after commuting, and they end up either working or falling asleep in front of the television, without expending calories.”