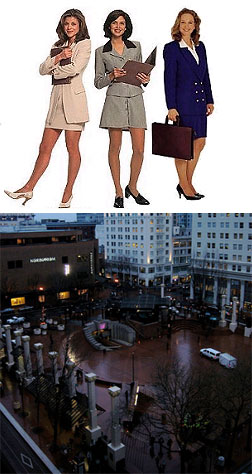 10 million firms (48% of all privately-held firms) have 50% or more women-ownership. Women are starting firms at twice the rate as men, their businesses outperform the economy in employment increases and sales growth. Women aren’t just starting retail businesses, but in high tech also, as an increasing number of them are obtaining MBA, engineering and science degrees. Then, there’s the growing female influence in the housing industry. Dr. Heike Mayer, a professor and researcher at Virginia Tech whose work focuses on entrepreneurs, particularly women and high tech, calls it the matriarch economy.

The question is, what can cities do to accommodate this growth sector? According to Mayer, women like places where they are accepted and embraced, in an environment that’s conducive to different thinkers, to entrepreneurial thinkers – people who want to make a difference, change the world. That will in turn foster entrepreneurship and job growth. Also, women seek larger, more diverse networks than men, and Mayer says women businesses need assistance with connecting to the high-growth, often male-dominated, economic sectors in high-tech consulting, software, and biotech, with less of an interest in manufacturing (which is actually a declining industry.)

It shouldn’t be much of a surprise that Portland, OR (pictured), one of the most progressive, downtown/pedestrian-oriented cities, is the No. 1 metro area in the country for the highest percentage of women-owned companies.