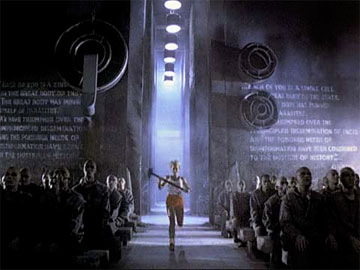 …and why third places are crucial to job growth.

First, a brief story. In exchange for $1 million in Apple stock in 1979, Xerox presented Steve Jobs with cutting edge computer concepts he was free to use. He witnessed the graphical user interface, followed by the mouse – and the concept of the Macintosh began to form in his head. He was so excited, he left the presentation early. He said if he had only stayed for the whole thing, he would have been shown the ideas that Apple eventually used for its operating system and internet networking – many years later. Who knows where Apple would be now if he stayed.

A person who approaches things entrepreneurially is constantly thinking of what could be, or what if. So, if a presentation is remotely profound – a business presentation or even a TV program, it’s sometimes EXTREMELY difficult not to explore ideas that come up as they happen, thus being distracted for moments if not completely as Jobs was. This is probably why Bill Gates distracted himself out of those one-way university lectures, and why it’s necessary for the growth of our economy that mass media and schools are becoming increasingly interactive.

The point is, as stated in the famous Cluetrain Manifesto – the economy is based on conversations, and the more of these interactions, the more ideas will be exchanged, implemented and eventually transformed into jobs. This underlies the value of places that encourage people to meet spontaneously for longer periods of time, illustrating the importance of third places.

Oh, and be patient the next time someone asks, “What just happened? I was kind of in my own world there for a second…”