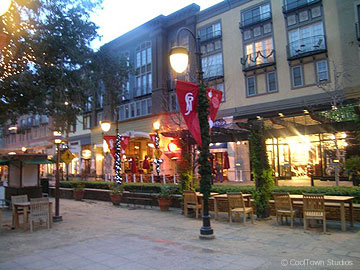 What’s a retail condo? Like a residential condo, it’s simply an individual unit in a larger building that one purchases rather than leases/rents. What may not be as well known is how beneficial they can be to the local economy, to independent businesses… (and to cooltowns) according to Retail Traffic Magazine:

“National chains tend to avoid individual ownership because it ties them down to a neighborhood’s rising, or falling, fortunes. “If the market turns soft, it’s not just a lease you have to get out of, but you have to find a buyer for your property,” says Jay McIntosh, director of retail and consumer products for Ernst & Young.”

If one wouldn’t settle for such a significant other in a relationship, why should a neighborhood expect any less from its businesses?