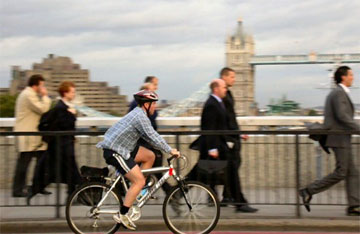 In looking at the top sustainable US cities as reviewed yesterday, how did those cities get to the top of the rankings and how can others move up?

There are many factors, but the only category that weighted more heavily than others in the rankings is city commuting, based on use of transit and walking or biking to work. It’s no surprise, given that it affects a city’s public health (fitness), local economy (less car and oil dependence) and quality of life (walkable neighborhoods and downtowns.) Most every city at the top of the rankings scored well here, and most every city at the bottom of the list didn’t.

The most effective strategy to improve city commuting? Build a lot more affordable housing and office space downtown at greater densities. Affordable housing is also what allowed Philadelphia and Oakland to rank higher at #4 and #6 respectively than New York. While Austin is a pioneer in sustainability itself, the home of the green building movement, it’s ranked out of the top 10 mainly because a city like Washington DC has more than four times as many people who walk to work than those who take transit in Austin. However, Austin is indeed investing heavily in developing a much larger downtown population – it was just a matter of time. Seems like even Paris is realizing this.