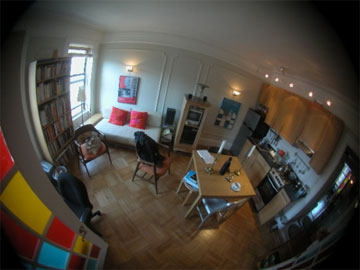 Necessary for cities to grow.

Let’s put it this way… Say there are 100 people who want to live in a new town by the river. 90 of them want to live on the 10 acre ‘downtown’ next to the river, while only 10 of them want to live on the surrounding land. However, the ‘town builder’ never bothers to ask people want they want, and instead builds only 10 big homes on the 10 acre downtown area, with 90 homes around it. Of course, the scarce ten downtown homes sell for huge sums of money because the demand is nine times greater than the supply. But since the town builder never surveyed the demand in the first place, they figure that’s the ‘magic formula’ for downtowns: big homes. It’s a vicious cycle that ends up with downtowns becoming less populated executive or second-home communities, and economically unsustainable.

Same thing today, except multiply by tens of thousands. Ever since the American Dream in 1939 became known as the big house with big yard, the small home has almost been bastioned as un-American. However, as society evolves, now it’s the McMansion that’s seen as out-of-touch while not-so-big-house books are best-sellers.

Even Paris is realizing they need more affordable homes as it gentrifies into a second-home city, and even L.A. families are being pushed out by the rich. As they survey the people in their own community, look for them to build more places like the ipad or the winners of Manhattan’s coolest small apartments.