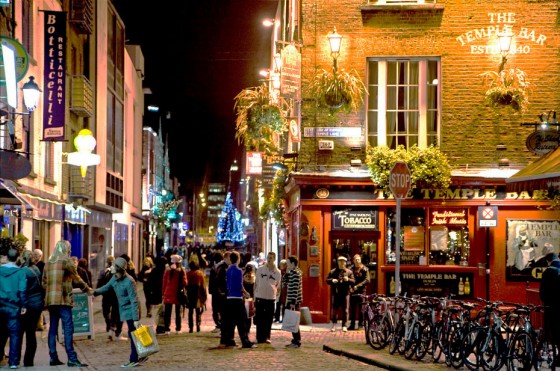 As profiled in the previous entry, the Temple Bar quarter is a wildly popular and economically successful multi-block pedestrian-only district in Dublin, Ireland. The question is, how did a city begin to establish such a place to reap such fiscal and cultural benefits?

It starts with affordability and pedestrian-oriented urban fabric. As late as the 1980s, the state began to buy up and demolish buildings in the area in favor of a major bus terminus. While the plans were delayed due to opposition (not surprisingly), the purchased buildings were let out at low rents. We all know what happens when you have low rents in a neighborhood with potential beauty – the artists, creatives and entrepreneurs moved in. Further protests preserved the area for good, and in 1991 the government established the nonprofit Temple Bar Properties to continue the revitalization of the area into what is now Dublin’s preeminent cultural quarter. Its creative development framework was crafted by John Montgomery of Urban Cultures.

As for the multi-block pedestrian-only zone? The streets date back to medieval times and were thus initially planned as pedestrian-only. However, pedestrian-only streets are beginning to thrive in downtowns across the U.S., as documented here.